The craft of faceting is designed to direct light through a gemstone in an optimum way, all while working around inclusions and avoiding issues such as cleavage which can cause the stone to break. Just as every piece of natural gemstone rough is unique so too are the gems Jean creates. Working without templates or diagrams, Jean allows each rough to guide the final design. Combined with his aesthetic, knowledge and skill, the results are amazing. Each gem is truly one-of-a-kind.
Unlike commercial stones which dominate the market and are often passed through countless hands, causing their stories slowly getting lost along the way, the history and origin of rough is crucial to Jean. Sourcing rough in unique colors and transforming them by hand into often unexpected cuts and shapes ties back to a serious passion and appreciation for the natural rough. You can see and feel the desire for perfection in Jean’s work as craft and art begin overlapping. The difference between commercially cut and precision cut gemstones is apparent in this “before and after” picture of a spinel.
In addition to faceting gems Jean is involved in connecting rough, faceter and jeweler through collaborations such as the below ring. Jewelry is most often created to showcase a gemstone but why is it we usually only know the name of the jeweler? Collaborations such as these bring attention to the faceter who brought the gem to life.
Jean’s work has won awards at the AGTA Spectrum Awards two years in a row. In 2013 Jean won first place in the Innovative Faceting category for the below 7.7 carat pink and gold bi-colored West African tourmaline.

This year the below 24.12 carat color-change Tanzanian garnet won third place in the Phenomenal category. I was lucky enough to see this gem in person and pictures cannot do this stone justice. The award category is aptly named! 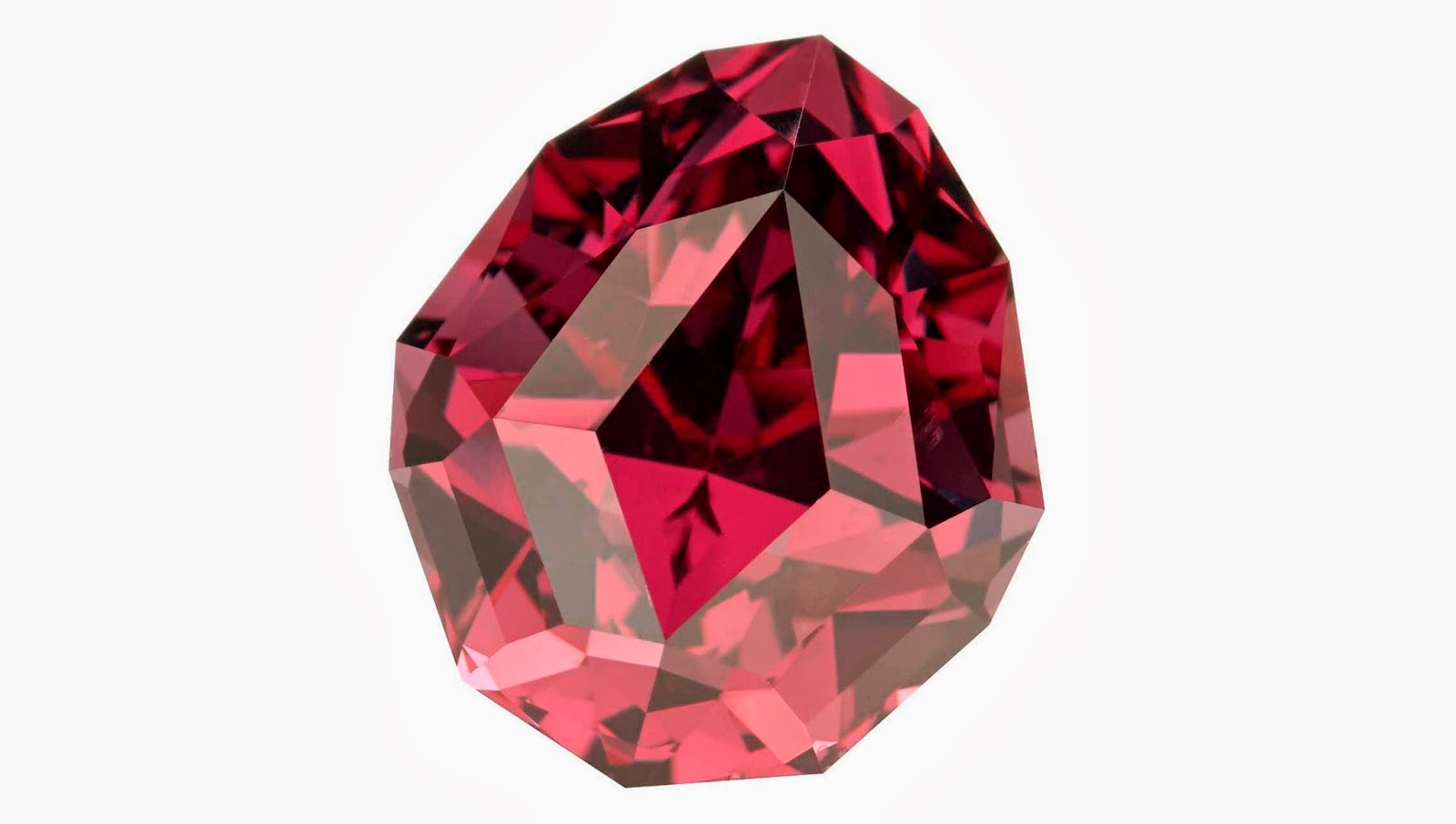 Jean recently returned from a trip to Sri Lanka, also known as the “Island of Gems”. Boasting an incredibly high density of gem deposits compared to its landmass, Sri Lanka is home to a wide variety of gem minerals and some of the best sapphires in the world such as Ceylon blue and orange-pink Padparadscha sapphires. The end of the country’s civil war in 2009 and restoration of peace has lead to an uptick in the growth of the gemstone industry which has been established in Sri Lanka for at least 2,000 years.

Jean traveled to several different cities in Sri Lanka, visiting gem markets that impressed him with the incredible amount of turnover - inventory changed daily! While the majority of stones for sale were native to Sri Lanka, there were also stones from Madagascar, Tanzania and Mozambique. To give a better understanding of how deep-rooted the gemstone industry is in Sri Lanka, most people Jean interacted with were second, third or fourth generation dealers and even the man operating the juice stand at the market had something to sell! The Sri Lankan government only allows the exportation of cut and polished gems in order to maximize revenue and keep it in-country as they build up this portion of their economy. The restriction against exporting rough is less than ideal for a lapidary, however, Jean found some incredible polished performs and sapphire and spinel gemstones which he is in the process of re-cutting.
Be sure to follow Jean’s amazing work on Instagram @topnotchfaceting and his website: http://topnotchfaceting.com

About Me - Hi! I'm Jillian D'Amico, a GIA student and gemstone and jewelry lover. Enjoy!