Erie Basin in Brooklyn has an incredibly interesting assortment of antique jewelry and engagement rings, thanks to the keen curatorial eye of owner Russell Whitmore. The below necklace attracted my attention. I love the play of the iridescent blue-green from the beetles with the matte silver of the coins and chain but even more intriguing is the unexpected mix of objects and motifs. 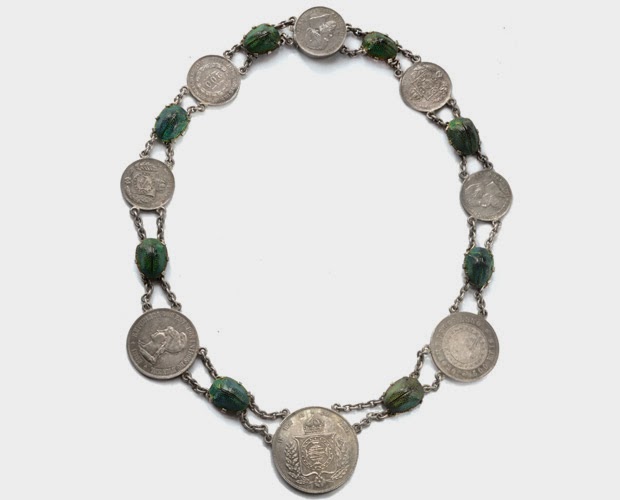 Scarab beetles nod to Egyptian revivalism while 1860-1890s Brazilian coins nod to ancient Greek and Roman archaeological jewelry. Whitmore discovered the necklace in Switzerland and believes that it was assembled from souvenirs of world travel in the 1890s as these types of souvenirs were important status symbols in the Victorian era, even if they didn’t quite make sense together. 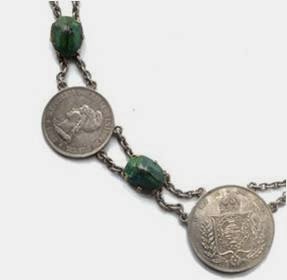 Scarab beetles have been used as amulets and seals since ancient Egypt, as early as the Old Kingdom (2613-2160 BC), as symbols of rebirth and representations of the god Khepri. The use of coins in jewelry dates back to ancient Greece, Rome and Byzantium. The use of coins in this necklace probably references the owner's opulence and exotic world travel. It is confusing that these two symbols, seemingly unrelated, would be paired together in this necklace but that is what makes it an engaging, curious and personal story!

About Me - Hi! I'm Jillian D'Amico, a GIA student and gemstone and jewelry lover. Enjoy!